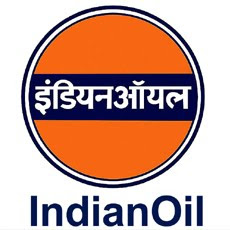 MUMBAI: Indian Oil Corporation (IOC), for the first time in six years, said it would give one free share to its shareholders for every one they held, pushing its shares up 3%.

IOC chairman Sarthak Behuria told ET: “The corporation has reserves of over Rs 43,900 crore and hence, we decided to reward our shareholders.” Post issue, the company’s paid-up equity capital will double to Rs 2,427.95 crore. The IOC stock gained 3% to close at Rs 636.72 in a weak Mumbai market. The stock has lost 5.49% in the past one week, but gained 12.24% in the past one month.

The company is implementing Rs 60,000 crore of projects, including capacity expansion at crude processing plants and building chemical units by 2012, Mr Behuria told shareholders at its 50th annual general meeting in Mumbai.

The proposed investment is part of the company’s endeavour to continuously augment production capacities and technologies to meet energy demands of the nation, he explained. Post expansion, the company’s annual refining capacity of 60 million tonnes will go up by 33%.

Of this, Rs 30,000 crore is envisaged for setting up mega refinery-cum-petrochemical complex at Paradip in Orissa, which is expected to begin commercial operations in three years. It plans to invest Rs 12,000 crore this fiscal in setting up of retail outlets and upgrading its refineries to make them compliant with Euro III and Euro IV auto fuel norms. This investment also includes building pipelines to transport naphtha and aviation turbine fuel.

IOC expects 15% of its revenues coming from petrochemical business in the next three years. “Petrochemicals will be a major driver of IOC’s future growth, with stabilisation of production facilities and addition of new product lines and customers,” he added. The contribution of the petrochem business is marginal.

IOC plans to buy one million tonnes of crude oil, amounting to half of Reliance Industries’ production in KG basin, early next year. IOC will process this oil at Chennai Petroleum Corporation, its 51% subsidiary. IOC imports around 75% of its crude and sells fuels below cost to help the government limit the impact of inflation.