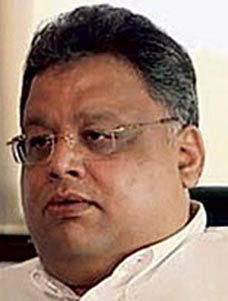 It is the homecoming of the victorious, and this is truly the story of the victory the market has struck out from last Diwali till now. Will the New Year usher in another bull run? Which sectors will shine? Kick start the New Year with strategies from Rakesh Jhunjhunwala, Samir Arora, and Ramesh Damani.

Commenting on the journey from Samvat 2065 to 2066, Udayan Mukherjee, Managing Editor, CNBC-TV18, says it has been an unbelievable one. “Last Diwali, there was a pawl of gloom around markets. At that point, it seemed as if India was in the midst of the most vicious bear markets that we have seen in our history. On October 28, the Nifty was at 2,685 while the Sensex stood at 9,008. Today, we have more or less doubled on the Sensex and Nifty. But this has not been a one year effort. It has actually been a six month effort. On March 6, the index plummeted to 2,500. From there, the Nifty have come to 5,100 today.”

Samir Arora, Fund Manager, Helios Capital, says the new highs, if reached, will not be sustained in the next 5-6 months. “If all of us agree that we will not get to new highs, then theory would say that it might!”

Ramesh Damani. Member, BSE, says the bull run in markets is still on. “I would argue that what we saw from October to March or earlier was just a break in a bull market. The theory working in America now is that the falling dollar equals to a higher Dow. At some point it will stop, one cannot debase a currency and expect the market to keep going up.”

When are markets likely to correct?

A number of market experts have been saying that the markets are currently overvalued and ripe for a correction. However, Jhunjhunwala sees the markets trending upwards. “They are not going to correct easily. Without that burst of a rise that correction is not going to set in.”

How should you trade gold?

Jhunjhunwala too is bullish on gold. He says it is the only asset class which has gone up for the last seven years and is now ready to go up for the eighth year. But he was quick to add that the investments in the stock market would give better returns. “We were in a kind of financial crisis in January and nobody knew when it will end. I don’t think there is that kind of crisis this year. Where you are going to store and keep the gold you buy. So, I guess it is better invested in equity.”

The yellow metal also finds favour with Arora. However, he advises investors to stay away from the yellow metal. “It is like an alternative currency. But it may not be as interesting for Indians as you are already going to be in a strong currency.”

Arora says power is the most ridiculously priced sector now. “There is no question that utility companies are in an absolute bubble.”

Here is a verbatim transcript of the exclusive interview with Rakesh Jhunjhunwala, Ramesh Damani, and Sameer Arora on CNBC-TV18. Also see the accompanying video.

Q: Wold you have dreamt that this could have happened last Diwali. Has it taken you completely by surprise?

Jhunjhunwala: If would have given me three slaps and asked me what are my thoughts were in March, I would have said markets will go upwards. But that it would have this kind of a ferrous rise, this kind of a breadth, and this kind of contempt, I wouldn’t have dreamt at all. It’s really taken everybody including me by surprise.

Damani: It is. I was a fierce bear, but I now argue the case that I am a reformed bull. I argue the case that what we saw from October through March or earlier was just a break in a bull market. The intellectual strategy as Jhunjhunwals pointed out in 2003 is actually unfolding now. We are seeing a very severe correction within the bear market. The bull market is continuing. There is no other way to explain it. If that is true, this probably has more legs.

Q: What do you think? The last couple of times we have spoken, you have sounded a bit worried that it is all happening to fast. Are you alarmed at the pace or happy that we are back in a bull market?

Arora: We are back in a bull market but the pace is a bit staggering. We would rather have a longer duration of a bull run rather than have this massive upmoves in a few months but it is good in any case. But if you look at the past two years, actually it is not just last year, it was unbelievable. Even the year before was unbelievable because we never imagined in November 2007 what would happen next year. So, the best thing is to do different from what you think. It’s better to act bearish today and then have great bull run for the next one year.